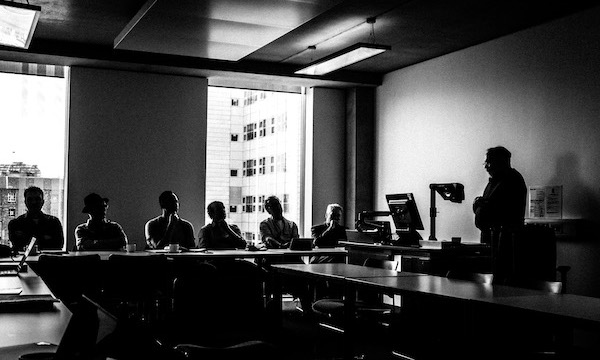 ‘Radical Ethnomethodology’ was the theme of a meeting held at Manchester Metropolitan University on 22–23 June 2016. The purpose of the meeting was to discuss just what was and is still radical about ethnomethodology and conversation analysis (CA). More than a half-century ago, Harold Garfinkel and Harvey Sacks, each in his own way, set out to investigate the production of social actions without privileging the theories, models, and methods of the contemporary social sciences. Along with their contemporaries and successors, Garfinkel, Sacks, and many others produced several interesting lines of work, but recent trends have obscured and diminished their radical initiatives. These trends include treatments of ethnomethodology/CA as:

The papers delivered at the meeting critically examined these trends, identified continuing challenges associated with carrying on with Garfinkel’s and Sacks’ radical initiatives, and discussed possibilities for new initiatives in the years ahead.

This website contains notes and reflections on the discussions that took place during the June 22–23 meeting, as well as further materials and exchanges on radical ethnomethodology.